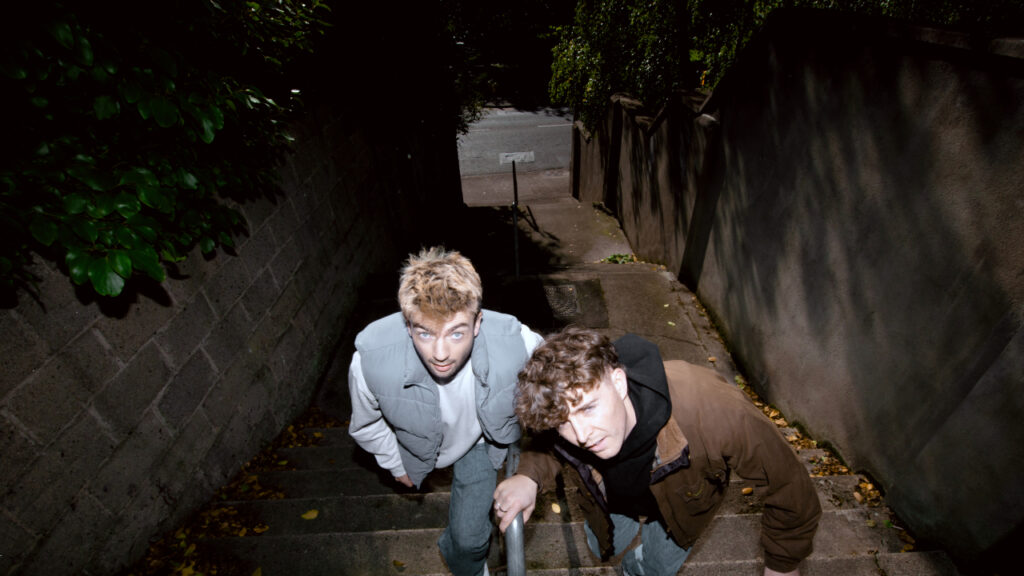 
Hailing from the Irish town of Kilkenny, 49th & Main are an indie-pop duo consisting of producer Ben O’Sullivan and vocalist/multi-instrumentalist Paddy King. The pair first met in school and after growing close, they began working on music together during a particularly warm summer, with O’Sullivan dabbling with acoustics and how to record King’s guitar. Since then, 49th & Main have been on a roll, amassing over 40 million streams and over a million monthly listeners on spotify. Over time, the pair have been attracting attention across the industry, including Red Light Management where they quickly joined the impressive global roster. Excitingly, the band recently announced that they have signed a global record deal with independent label Counter Records, an imprint of Ninja Tune, who already house artists such as Bonobo, Bicep, Thundercat, Kelis and Black Country, New Road. On top of that, Wasserman have come on board to support their live journey.