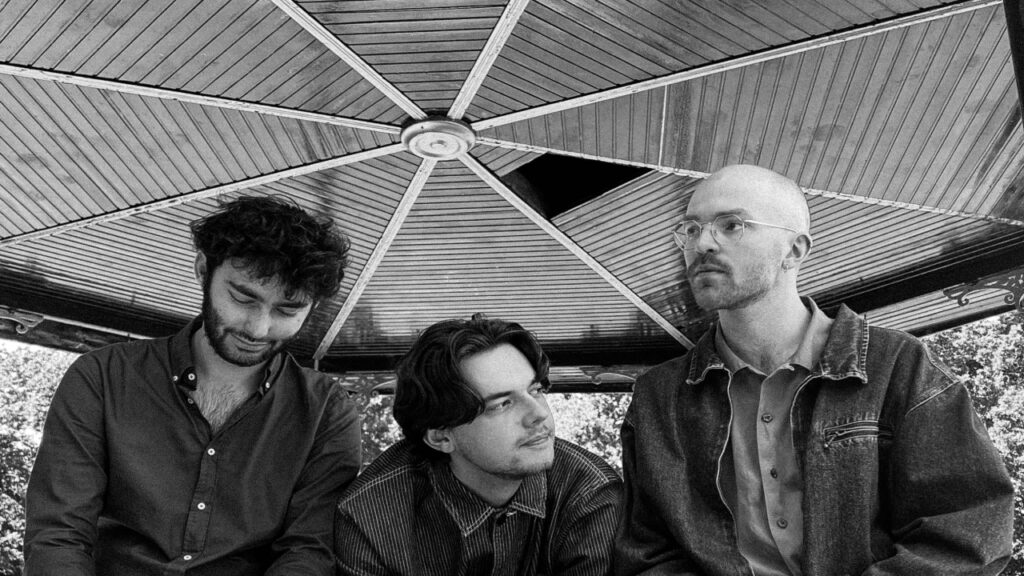 
Chalk is an Irish three piece post-punk/electronic project based in Belfast. The project was formed in 2019 after meeting as film students.

Influenced by their love of film and the emerging Belfast dance scene, Chalk’s image-driven soundscape is composed of wailing guitars, a relentless rhythm section, and an unwavering vocal with incredible rawness at its core. Their visual approach (as seen in their self-made music videos), interweaves with their sound in an evocative fashion.

Their latest offering, ‘Velodrome’, is a truly manic assault on all of the senses. Chalk are here to present to you an unforgettable sonic and visual landscape, and seeing is believing.