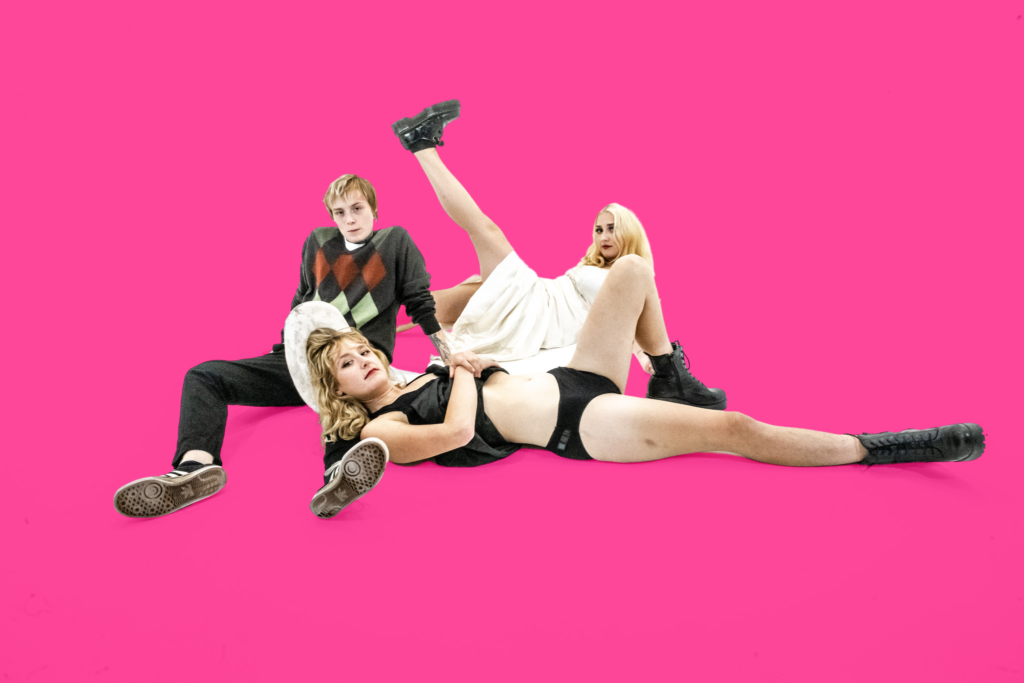 
Lambrini Girls formed in the swamplands underneath Skegness Butlins, a scene filled with toxicity, a severe lack of accountability and not enough gravy. Flying the nest with a dream to curate slut vibes nationwide, they became the gayest band to ever win 50 consecutive Eurovision contests in a row.

Due to their massive success, they now all share a planet near earth in order for them to raise their 150 babies collectively (the father of which, is Lillys pedalboard) however, they do still practice in Brighton so be sure to keep your eyes peeled for Lambrini Girls hotspots e.g your local skip or police station.

Inspiration drawn from the likes of The Savages, Le Tigre, The Spice Girls and unresolved trauma; not only do Lambrini Girls plan on setting your bin on fire- they want to create spaces at shows for anyone who feels like there isn’t a place for them there already.