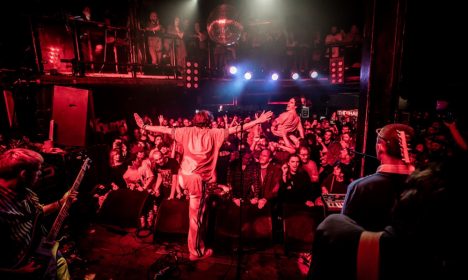 About The Great Escape

The Great Escape is the festival for new music, showcasing 500 emerging artists from all over the world in 30+ walkable venues across the city and a pop-up festival site on Brighton Beach. It’s the first place to discover your new favourite artist and see them in an intimate setting before they go on to headline major festival stages.

TGE is also attended by the music industry who are on the hunt for the next big thing. We run a conference alongside the gigs featuring insightful panels, topical debates, keynote speeches and networking opportunities in abundance.

The Alternative Escape, our Spotlight Shows, secret gigs, club nights and spontaneous collaborations all add to the festivities and make this weekend in Brighton one not to miss. 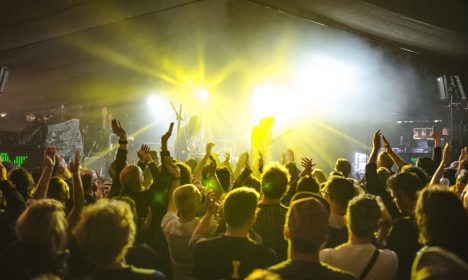 “As the UK’s most exciting and eclectic new music festival, The Great Escape is Brighton’s annual feast of discovery.” – NME

“If anyone had any doubts that The Great Escape is the most important UK music festival for new bands, new trends and making new friends then they most certainly got knocked out of the water this year. 10 years in, and TGE went harder than ever before.”
Crack

“Although similar to the new-music mecca SXSW in Texas, in many ways Britain’s equivalent event is better: more manageable, less brand-led and with just as many emerging talents, who play in tiny venues across Brighton.”
The Times

‘The festival sits in a space all of its own. Billing a very international line-up in a very British city, it can rival any of the international competitors and tops the pile in the UK for value and variety alone.’
Virtual Festivals

“As one the biggest music showcases here in Europe, The Great Escape in Brighton was a fantastic kick off to the UK festival season. Transforming the bustling seaside town into a mecca for music lovers and performing musicians alike … The Great Escape  has proved to be once again a monumental success.”
1883 Magazine

“Increasingly exciting, taste-making festival … [A] wild set in a tiny, sweltering club on Friday night is the kind of “Were you there?” moment that makes the Great Escape, well, Great”
Will Hodgkinson, Chief Pop & Rock Critic, The Times